Not sure what to write there’s a lot happening in the sky for this week and also next, this is the week that it all starts and the thing is, it will be different for everybody depending where you are at on your evolutionary journey. I guess this is all building to the last square between Uranus and Pluto, the new moon @29 degrees Pisces, the eclipse plus the Sun entering Aries, so between now and the end of the month many and all things could or can happen.

What’s happening now is Mars is trine (with ease) to Jupiter on 10th, MARS conjunct (meets up for a new cycle of action and potential) Uranus on 11th, Mars squares (conflicts for growth) Pluto on 12th with this move Mars triggers it all, well, the square between Uranus and Pluto which will be exact on the 17th, it’s building up this week. 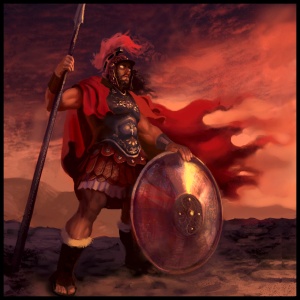 What does it all mean, change, expansion, breakdowns so we can have breakthroughs, releasing the past and moving on, using all the energy passion, drive, determination, deliberate action to get us going and in some cases this has been more of a push/ shove, melt down with massive awakening to get us to just move, let go and grow, like hey…. have YOU changed already!

Hopefully the end result of all the Pluto square Uranus which started in 2012 will be worth it and transformative for you, and you have grown/ changed into the person you long to be, which usually meant you having to dig really deep into your shit, facing yourself full on and in some cases others, just to get the hell out again. That would be Pluto’s end and let’s NOT forget Saturn in Scorpio helping us to get really serious, dirty and real.

Here is a bit of info about the two in the mix.

Uranus ,God of the sky and the heavens, is the ruler of Aquarius (“I know”,air sign).The great awakener. The energies of Uranus are electric , sudden change , futuristic , celebrates originality , weird or quirky, willfulness, individuality and personal freedom. Uranus is associated with technology, innovation, discovery, enlightenment, progressiveness, objectivity, and the genius. Uranus is highly intuitive, represents the spark of intuition that spurs invention. Uranus is the rebel in us that will seek out change and one never knows with Uranus. He’s been in Aries so we have the warrior energy moving us forward and taking us to new places and new beginnings, and it’s usually done with passion, intention and a full on spirit. 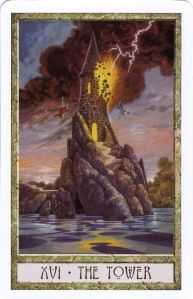 Pluto is the lord of the underworld and rules Scorpio (“I desire”, water sign). In astrology Pluto is all about death, rebirth, transformation, loss, power , sex, the occult, subconscious forces, whats below the surface, reincarnation and the soul . Pluto wants to transform things that have gone past their use by, he will take it away , remove, people, situation and circumstances for you to grow and change. Pluto takes away the old so the new can be built. It’s about evolution. He’s been in Capricorn, have a goal and plan, with a great deal of discipline, determination, strength, he’s wanting us to let go of the old structure to rebuild something, begin again, but let’s make sure it is real and in harmony with our true nature.

Well, after next week, that will be the end of the square off between the big guns up there, but don’t worry they will still be lurking around other corners bumping into other planets to let you know that they are still with us changing, transforming the world with one breakthrough at a time.

How’s your life now, how have you changed since 2012? Have you taken the challenge on and gone with it or are you still struggling to maintain the same even through you may actually just want to let it all go.

It’s been a journey alright, with many highs, lows, twist, turn, breakdowns and breakthrough, laughs and rage, LOVE and fear, but most of all it has been …….LIBERATING!

← You Deserve LOVE ……you are lovable! V-Day card
This is an inner journey….be prepared to leave some part of you behind! →

This site uses Akismet to reduce spam. Learn how your comment data is processed.